We could go on and on about the beauty of the George School campus. There’s the bucolic landscape that’s gorgeous any time of year. And there is the warmth of the buildings, both new and old. A wall of windows overlooking a rain garden makes the library a cozy place to open a book or laptop, while the warm patina of wood makes Bancroft and Retford equally cozy places to open your mind.

Let’s face it, though. Words like bucolic and patina sound more like SAT prep than the best way to get a feel for our campus. For that, check out George School 360, stroll around our interactive map, and of course come visit. Then you can get a real feel for the life of this place.

You will see students in deep thought alone or in deep discussion with friends and teachers. You’ll hear people playing a game or hanging out in Marshall (our student center) or Red Square (our brick courtyard). And you’ll feel our community, which even in the silence of Quaker meeting for worship still manages to say, “You’re part of us.”

Have a question?
Reach out to us via email at admission@georgeschool.org 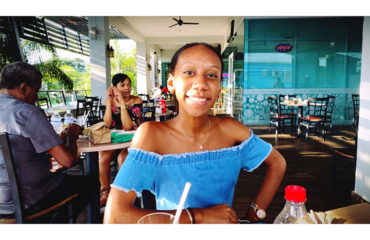 The George School community is one that really cares about and supports each other, and we all want to see each other succeed. Our lives outside of the classroom are just as important as inside of it. It is a place where I have been encouraged to explore and discover new passions. 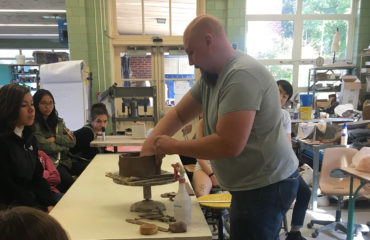 Amedeo Salamoni brings at least four to six speakers into his classroom every year to expose students to a broad spectrum of voices in his field. For example, though he can offer students expertise in clay, he might bring a glassblower into his sculpture class to explore other mediums students may be interested in learning. 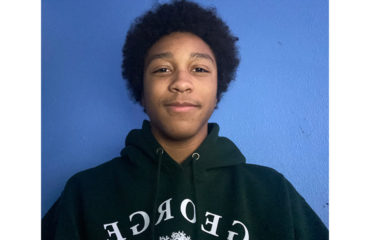 I love dancing at George School because it offers the opportunity for those who enjoy dance to take their skills to new heights. We perform in front of friends and family during events such as our Winter Assembly and Dance Eclectic.

When you visit, take some time to check out the quaint borough of Newtown, in historic Bucks County—a quick one-mile walk. George School may be older than your great-grandparents, but Newtown is older than the country itself. Nearly a century older. And not long ago, it was named one of the best small towns in America. Can’t get much better than that.

Beyond walking distance but still nearby are more shopping and movies, parks and natural areas, and the charms of towns like New Hope, Pennsylvania, and Princeton, New Jersey. When you want more, take a van to area attractions and fun expeditions as well as to trains to New York, Philadelphia, and Washington, D.C. even. Having these three cities—and all their wonders—easily accessible is awesome.

Truth be told, though, there’s enough happening on campus that boarders don’t feel like leaving very often and day students routinely come back on weekends. It’s all part of the life of this place. People want to be here. It just feels like home.