My exhibition represents the process of one’s transformation. To this effect, each piece portrays my transformation from a young girl into a strong young woman of color. Every element represents distinct fragments of my identity as a first-generation American today in our current political and social climate. This exhibition has been a transformative journey of self-reflection because I have taken photographs, objects, clothing, and rituals from my daily life and turned them into elevated art.

This undertaking began when I started working on my mosaics of a stereotypical brown woman’s profile when she’s wearing a headscarf. It can be quickly assumed that she’s Muslim but she’s a Sikh and it shows how there is no difference in physical appearances, this was done to highlight our similarities rather than focusing on our differences.

The mosaic series begins with a dark headscarf that has bright colors surrounding it and later transitions into a light headscarf with dark colors surrounding it to show the process of enlightenment. Which occurred after accepting and understanding the feeling of comfort when being a part of a community rather than separate individuals. This progression represents the naivete of young women blindly believing what society tells us and compares it to reality. Furthermore, it exemplifies how, after gaining confidence as a woman, I was able to reshape my personal definition of what a headscarf meant to me and the role it plays in my life.

The triptych installation of mosaics is titled Entanglement as the experience of a minority is incredibly complex and intricate, entangling each individual between the two beautiful yet completely contrasting worlds.

This leads me to my next piece which is the book where I used images of my cousin- photographing her as she’s dancing and spinning around with a headscarf representing the playfulness an adolescent possesses and how reconnecting with our childhood memories brings about a sense of joy and nostalgia. I chose to capture this perspective following my return to my family’s place of worship, also known as our gurdwara. This place provided an escape from the tensions of the outside because it provided us with a sense of tranquility. This represents how time often enforces our emotions and brings us back to certain memories of childhood which have instilled us with a feeling of innocence.

The use of motion continues through the installation of the turbans as I wrapped them in a circular form and sewed them together. The installation of the traditional attire, of assorted styles and sizes, indicates the start of my awakening and acceptance which was a stepping stone in my process of transforming into a more confident and embracive individual of my roots. This installation is titled ​Sovereignty as turbans have historically displayed a sense of royalty in my culture, yet Sikhs in South Asia used this attire to spread equality, and turbans became worn by many and the sense of royalty was eventually normalized as it increased every individual’s self-worth in the region.

I chose these vibrant colors to contrast the black shelves beneath each installation replicating the flows of the wrapped fabric of the turbans placed on top of each shelf, which is enhanced via the staggering of the two columns. This sense of motion is also reiterated through the photos of Ankita, which is reflected throughout my exhibit. The photographs are titled ​Reverberation, as the sense of motion carries on with each photograph and creates a long-lasting effect.

Repetition and motion encircle all of my pieces allowing me to fortify the beauty that is so much part of my culture and identity rather than simply providing awareness. This allows me to show more of an introspective self-journey through three different medium rather than just a political statement.

This is a part of my identity and this exhibit is an invitation for the viewer to see common characteristics that enhance the beauty of it as well as its gracefulness. With the exception of the triptych installation, gracefulness is a common theme displayed throughout the exhibit. Gracefulness, s the true difference between a young girl and a woman as her transformation allows her to inherit this trait, truly symbolizing her growth. 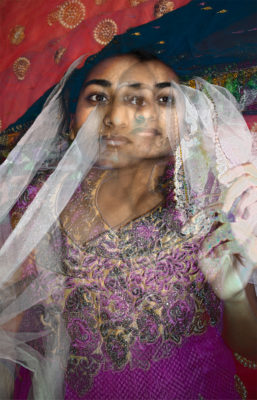 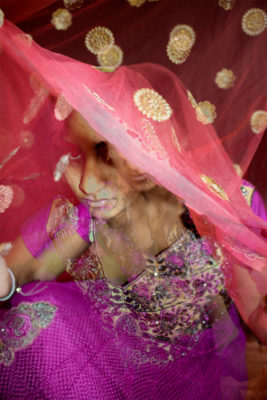 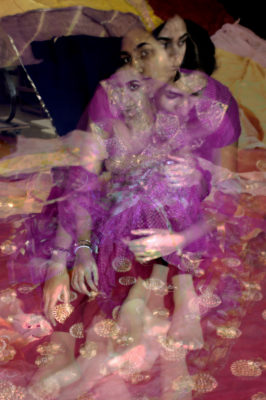 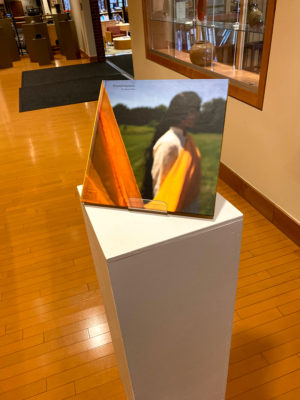 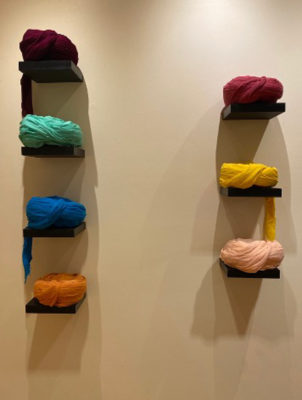