A goal of mine is to express environmental issues in ways other than and along with the visual illustration, such as using candy and gum wrappers. This provides a 3-D aspect to my work, as well as deepens the meaning and gives more room for interpretation of my work. I struggled using the wrappers because I had much less control over their shape and color than I do with paint. While the inability to be precise was difficult for me, it allowed me to expand my skills and try new things.

The arrangement of my exhibit emphasizes my theme of life cycle, both in the overall composition and individual works. When viewed as a whole, the pieces form an infinity symbol, alternating between negative and positive representations of the environment, but with a neutral origin point in the center. This origin point is not only the middle of my exhibit, but also of the life cycle itself, as my intent was to allude to Adam and Eve, and how all of humanity comes from the earth and will eventually return to the earth.

Focusing on each of the pieces as individual works, the exhibit can be broken down into stages alluding to the life cycle. To the right of the origin of my exhibit is a goldfish bag that I turned inside out and painted on. On one hand, it can be considered trash, as technically that is what it is, but it can also be looked at as being upcycled, as it is trash turned into art.

Continuing to follow the flow of the infinity symbol, we move diagonally up and to the right, to my collage piece with the turtles. This piece is meant to show the negative impacts that pollution has on our environment. It depicts turtles in their natural environment, but while the shell of the turtles and the seafloor is usually covered in algae, here it is made out of candy wrappers. This is meant to express how natural growth is being replaced and overrun by manmade objects such as these candy wrappers.

Below this, we have various smaller paintings of flowers. Arranged in a pyramid shape, they are meant to allude to the structure animal kingdom. Their size is also significant, as they are the smallest of all my pieces, and represent the small details of beauty and the short lifespan of flowers.

Crossing over to the left of the origin point is a simple drawing on a piece of black paper. This was also upcycled from a piece of scrap paper that I found and decided to draw on. Diagonally up and to the left is a more explicit representation of the life cycle. The wooden pieces show the life cycle of a tree, with the final step being the tree being turned into the wooden slabs used in my exhibition. Beneath this is my largest piece as it represents an issue of high importance, depicting the effects of pollution in the ocean.

Through my work, I want to subtly allude to environmental issues and bring awareness to them without placing blame on any individual or group of individuals, instead simply stating that there are issues. 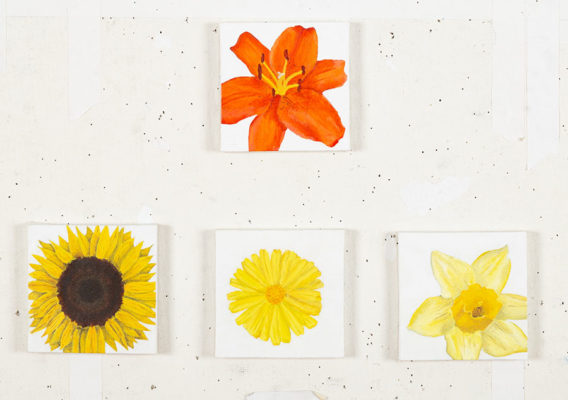 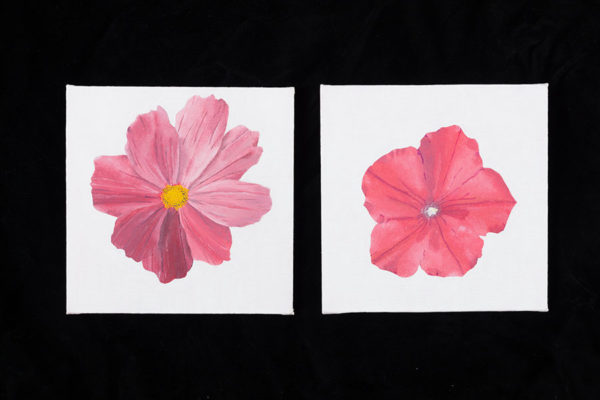 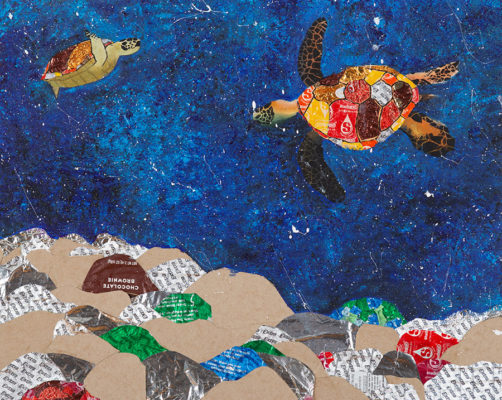 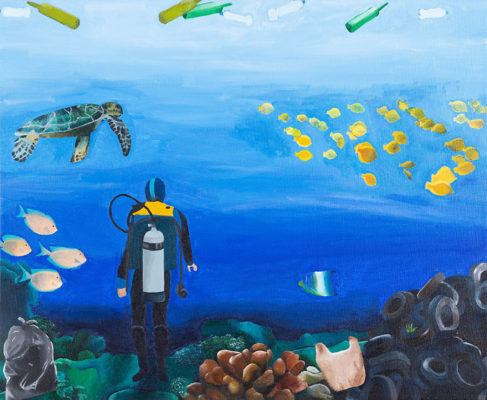 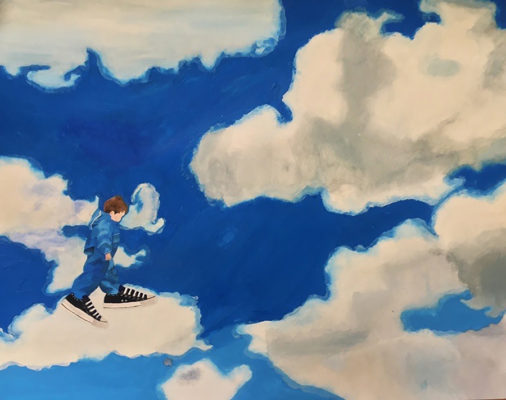