This exhibition portrays the intersection of fantasy and reality with a focus on the effects of the destruction of the Earth and on the inhabitants of the planet. As a child, I was always fascinated by the myths and legends of creatures that may or may not have lived on Earth. Although these stories may have had been more rooted in fantasy than reality, I could not help imagining how they may have taken form if they were real. After learning about species dying out and eventually becoming part of this fantasy element, I was inspired to relate the concepts of fantasy and reality.

Each piece has a creature that interacts with the landscape in some fashion. This interaction allows for the audience to see a clear connection between the fellow creatures that inhabit this planet and the environment in itself. The unrealistic situations present in each of the works are fashioned to provoke the audience into wondering why these specific situations are being referenced and to try to understand the meaning behind each piece. Some of the pieces are made to be vaguer than others so that the theme itself is prominent but the piece can be interpreted in various ways. My intention is for the audience to reflect on society’s and their own actions in connection to the world in order to reflect on solutions to keep the planet pristine.

This idea of comparing fantasy and reality is first introduced through the Sky of Orca and Antares. The pieces are arranged in a way that draws one’s attention to these two pieces before the other works. The Sky of Orca is hung in the upper corner with a glass window behind it, allowing natural light to shine through the piece. There is also an artificial light positioned behind the work that will continue giving this effect to the umbrella at night time. Antares is arranged to be underneath Sky of Orca but it will be on a pedestal, making sure it is at the same height as the other pieces on the wall.

The umbrella is positioned to be higher than Antares since they work off one another. The two pieces are in direct contrast to each other as Sky of Orca depicts real creatures in a fantastical situation while Antares shows a mythical creature in a real setting. This juxtaposition allows for these pieces to be considered as individual works of art but they can also be interpreted as a single piece. The contrast creates a segway to the rest of the exhibition. The rest of the pieces are arranged in three main groups from left to right. The first group contains All-Seeing, Entangled, and Stars in the Sky.

All-Seeing is a direct connection between the dynamic of Antares/Sky of Orca and the first group. As such, it is positioned above the two others in the group. Entangled is central to the exhibition since it depicts the underlying connection between all creatures in the world. The cards provide a continuation of this piece but relate mythical figures with their real counterparts, constellations.

Unlike the gouache painting where all of the components are linked together, the cards separate the elements by having one on each side of the card. The next group of works is arranged in an arrow-like shape pointing towards the umbrella. Distraught, the leftmost piece in this group, mimics the concept behind Sky of Orca but in a more abstract manner. The other two pieces, Freefall and Sands of Time, each provide a subtler message regarding the idea of impermanence in the context of the world. As the rightmost piece provides a type of ‘conclusion’ to this body of work, it is on its own and is bigger than the other pieces.

Moondance showcases a symbol echoed throughout the exhibition: an oceanic creature in the fantasy/reality scene. The work itself can be interpreted in various manners but mainly introduces the idea of the direct effect that humans play in the lives of creatures. The piece is visually similar to Sky of Orca so it provides for a circular theme to the exhibition- starting and ending on similar notes. 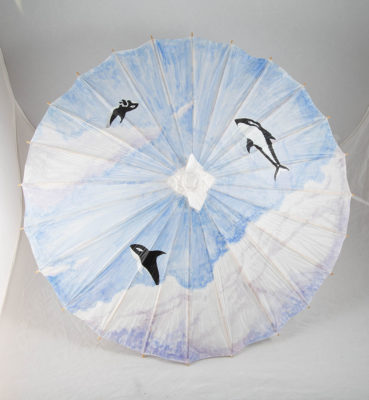 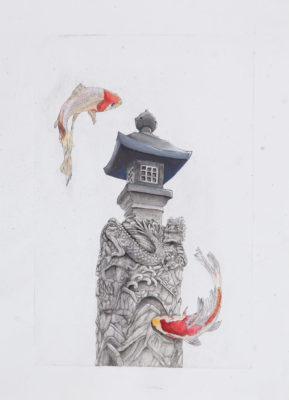 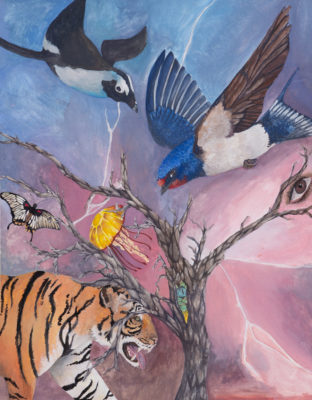 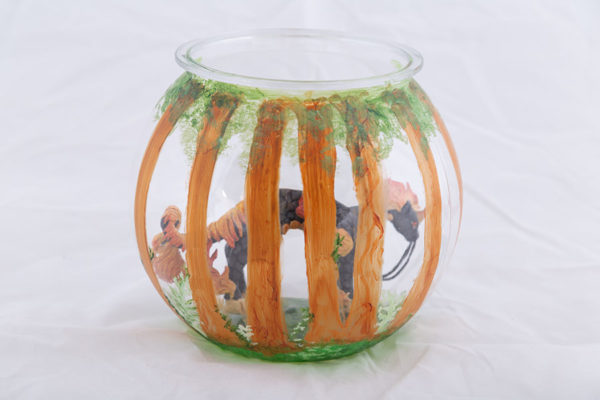 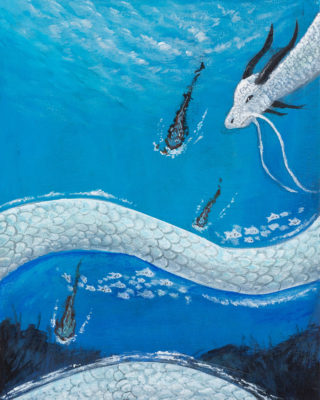 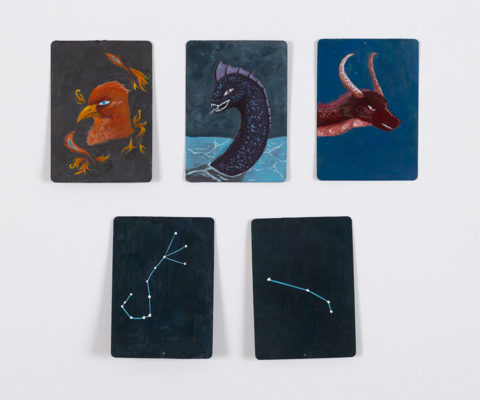 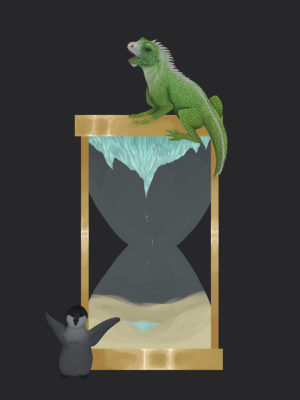 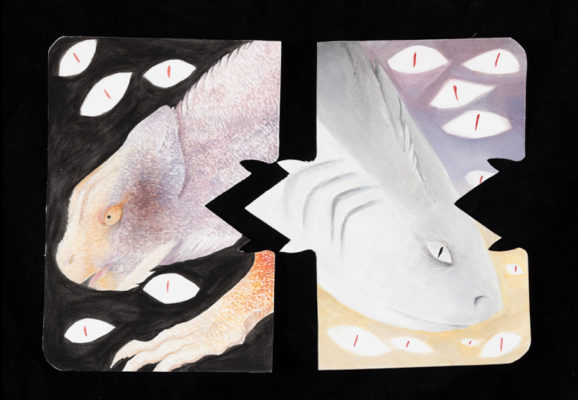 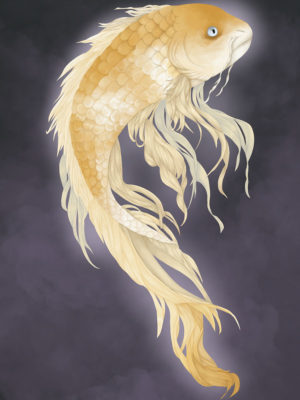 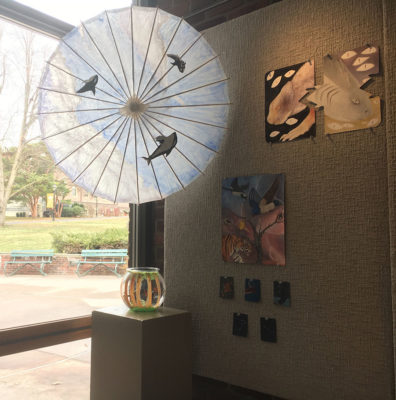 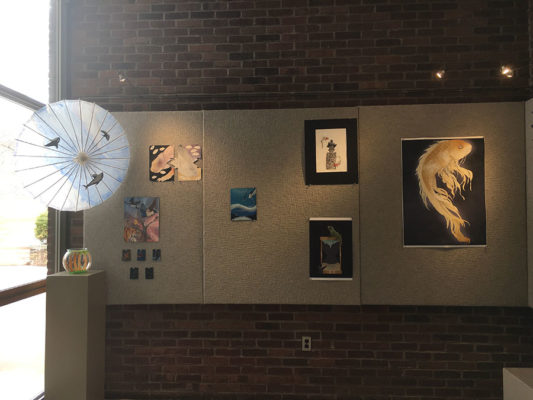