“We’re honored to team up with the Tribeca Film Festival to debut the work of our talented Speak Truth to Power video finalists,” said Jenny Girardi, arts program manager of RFK Human Rights’ Speak Truth to Power program. “As our young filmmakers explore what it means to be a human rights defender, we hope they will become even more engaged in the issues that affect their communities and continue to build bridges through the power of storytelling.”

“The RFK Speak Truth to Power contest has encouraged our students to explore how impactful one person’s actions can be when they speak out against injustice,” said Meredith Baldi, who teaches Global Politics at George School. “By speaking directly with the people that they’ve chosen to profile and thinking collaboratively about how to tell the story of human rights defenders in a compelling way, our students have become much more optimistic and excited about the idea that one person really can make a difference in the lives of others.”

Hero for Humanity profiles current George School parent Sheena Bediako who is an immigration attorney who is committed to human rights and is a passionate advocate for those seeking asylum in the United States. The team was led by Global Politics and Film student Sophia Bediako-Maier ’22 and included Kiera Maloney ’22, Faye Joseph ’22, Dash Atwood ’22, and Neha Kalakuntla ’21. Film students Zachary Spangler ’22 and Hyatt Sparks Woodford ’22 helped with editing and cinematography on the film.

“Because Global Politics is a theory-based class, we explore huge systems and ideas throughout the year. I find this video project so valuable for demonstrating to students that global politics also happens on a very local level too. Individuals they know defend human rights–it isn’t just policymakers and heads of states,” said Meredith. “Because we do so much academic research and writing, I also like that this project gives students a different way of organizing what they know and communicating their knowledge and beliefs. The opportunity to be creative as they convey their global politics knowledge really highlights their learning and comprehension in an exciting way.”

The Global Politics and IB Film classes began the project early in winter and students worked in teams to identify a defender, plan a documentary, and articulate the message and lesson they wanted to share as their takeaway. Film teacher Scott Seraydarian ’90 attended several classes to give feedback from the creative perspective on how to tell a compelling story. As the films came together, other IB Film students supported the project, offering to help with the editing and cinematography of the films.

“To be able to witness the hard work and talent that one’s child possesses on a large scale truly feels your heart with so much joy that it feels as if it will burst. And to witness others, viewing your child the way in which you since day one have seen them, is truly one of the proudest moments a parent can have,” said Sheena. The teachers, the community, and the integrity of GS without question facilitates supporting the excellence that each child brings and will continue to share with the world. I for one, am grateful.” 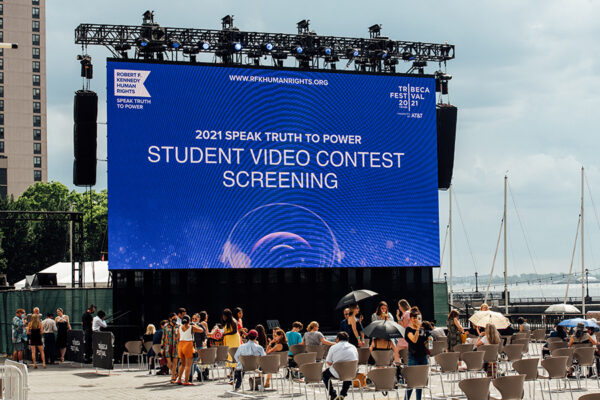 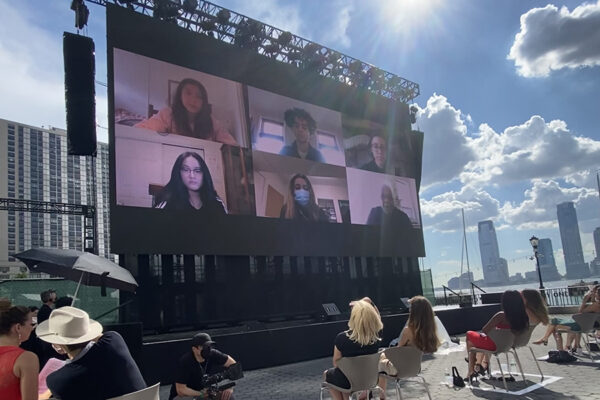 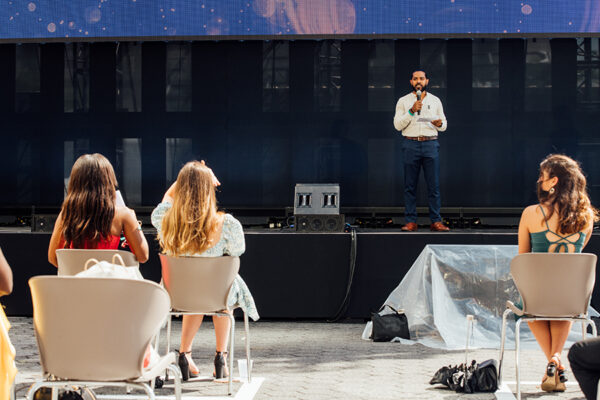 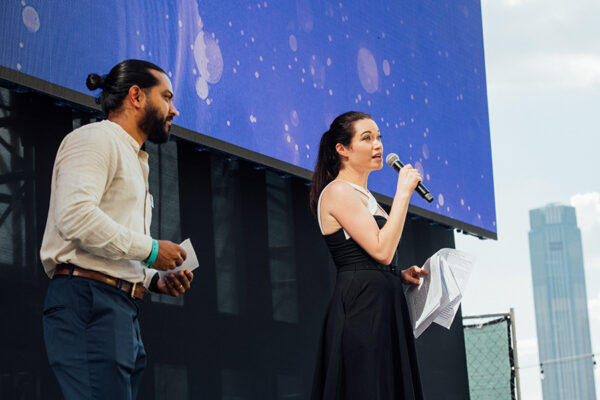 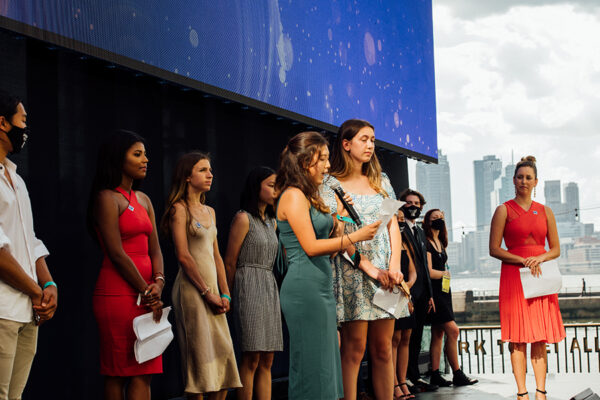 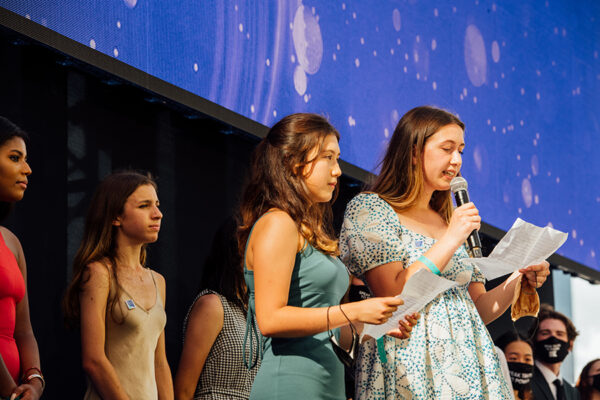 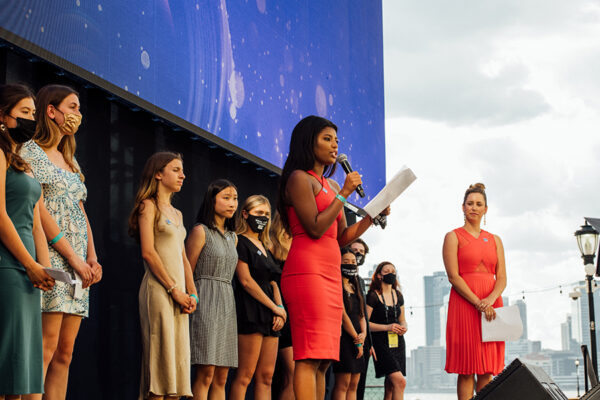 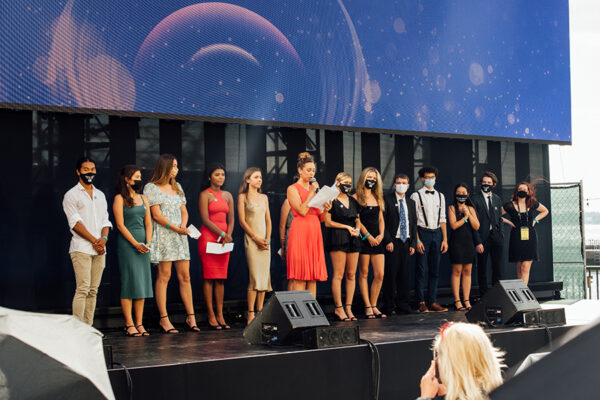 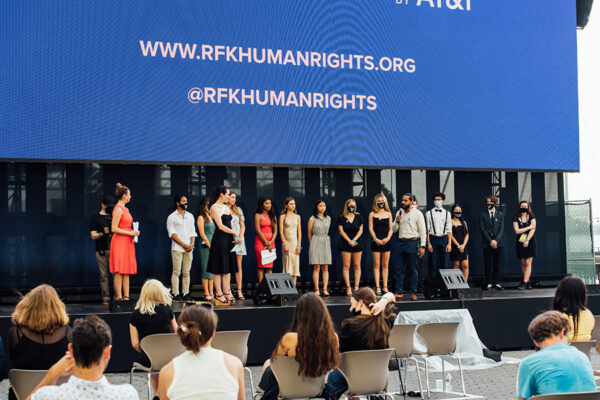 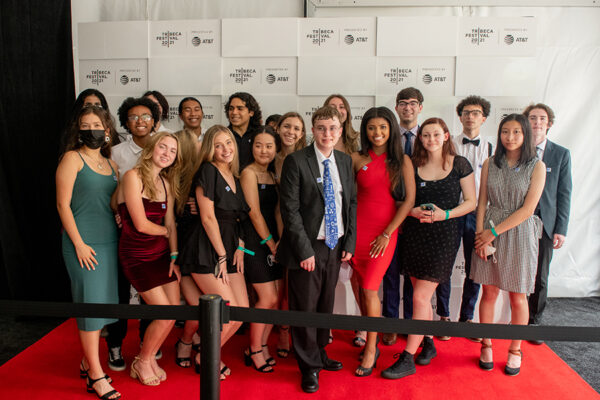 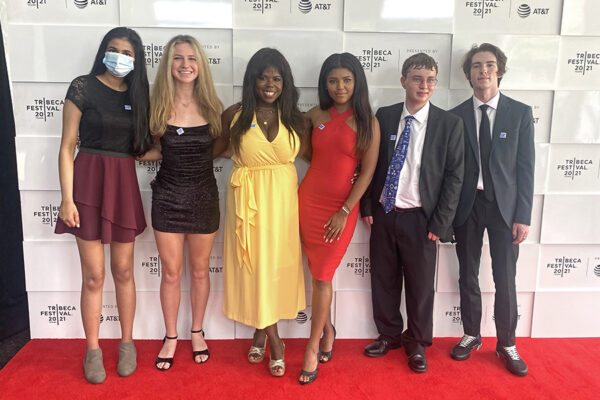 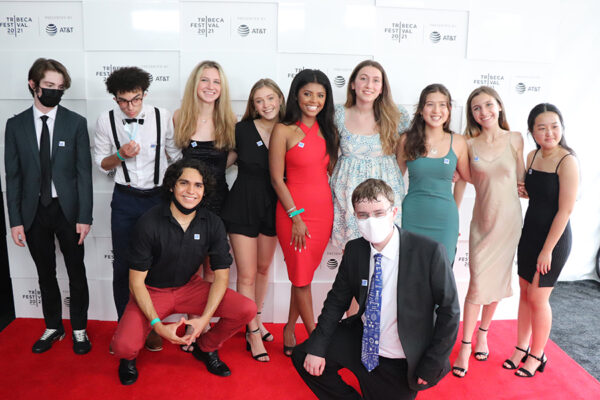 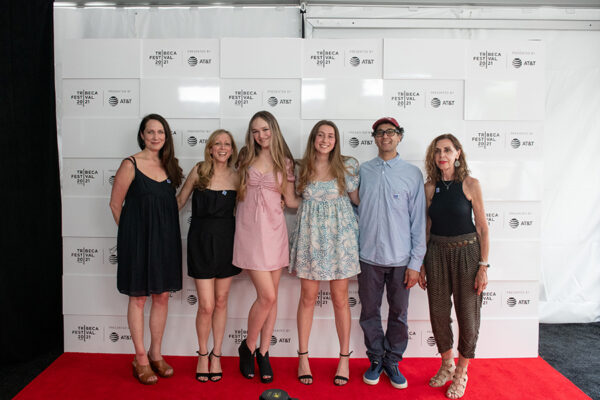 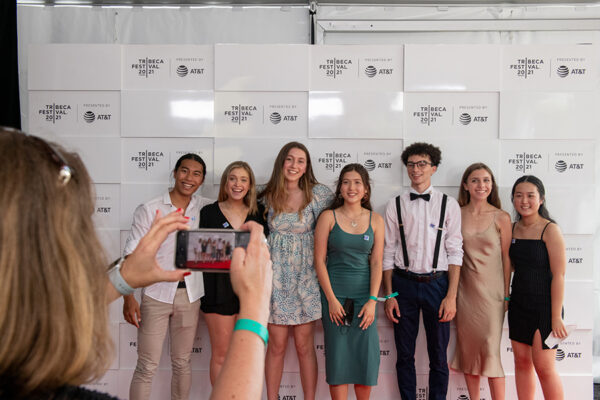 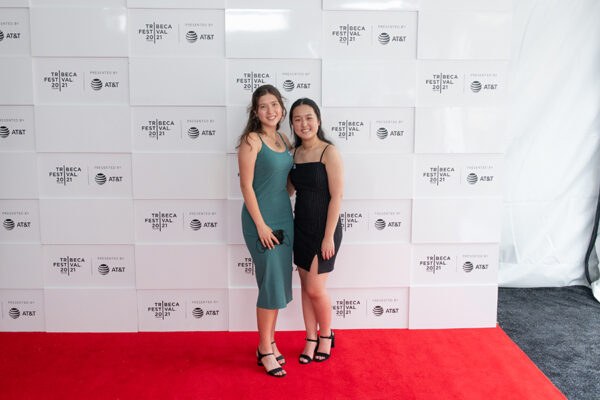 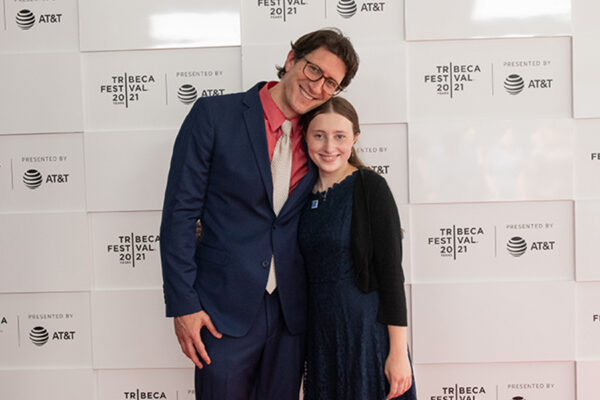 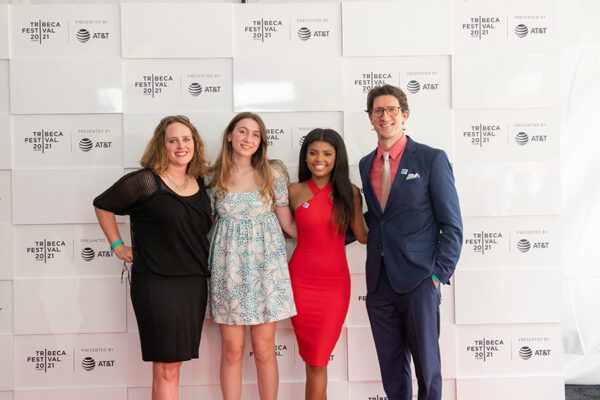 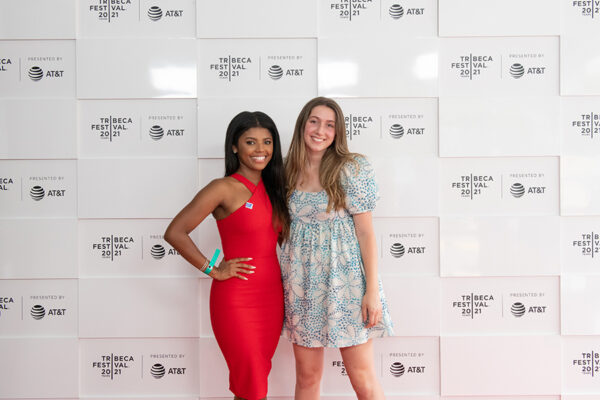 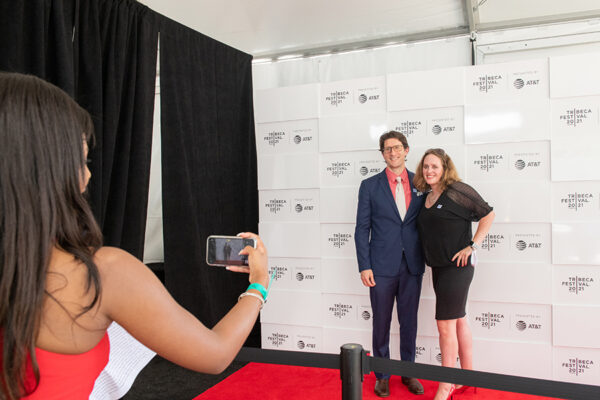 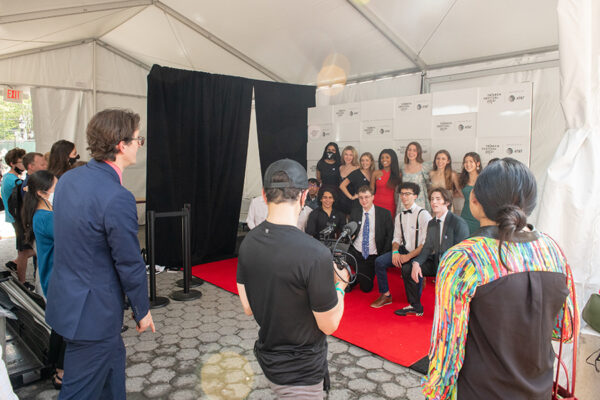 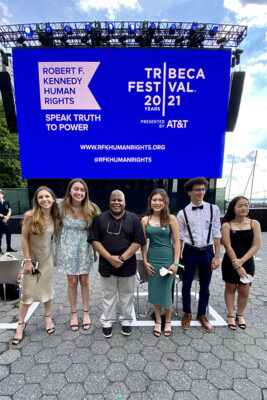 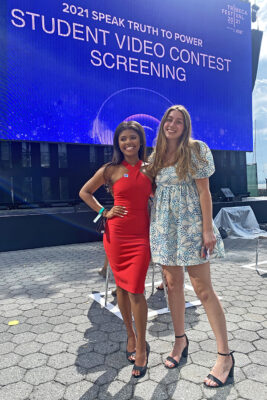 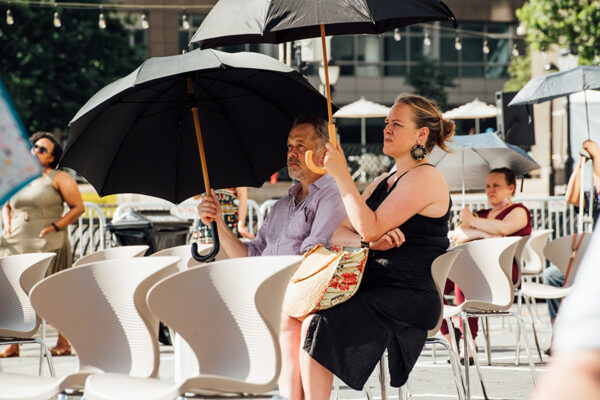 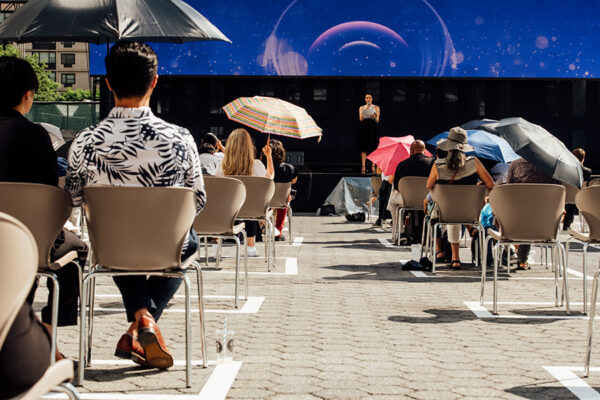 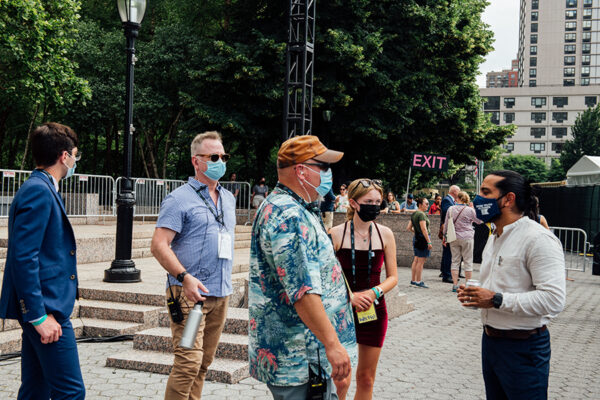 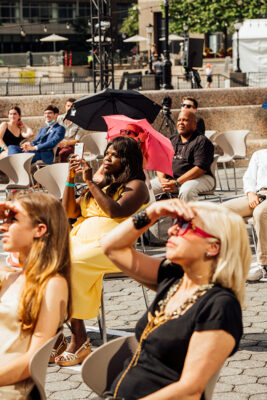 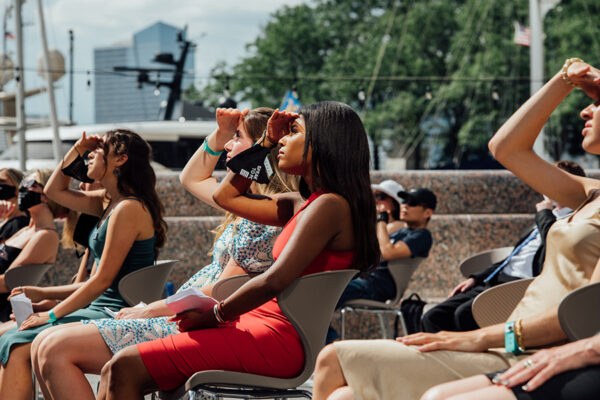 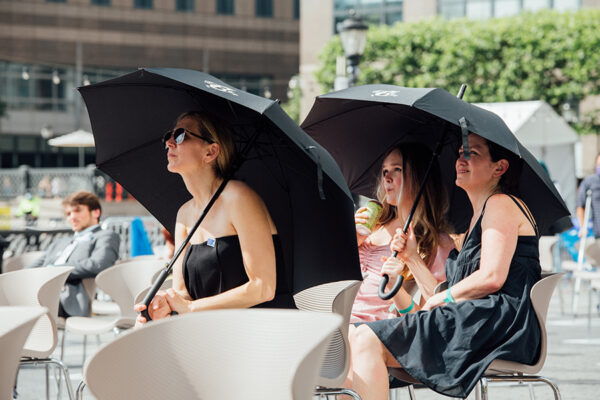 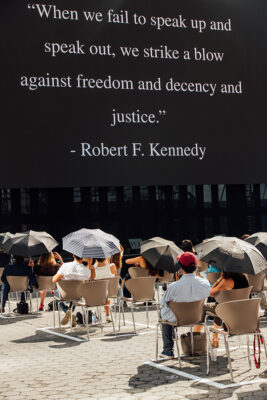