“The whole child must be educated.”

George Walton’s association with the school begins in 1901, when his family moves into Sunnybanke at the start of his father Joseph’s tenure as head of school (1901–1912). Then a freshman at the University of Pennsylvania, he graduates in 1904 with a major in English and minors in Latin and history. After teaching at Wilmington Friends School and earning an MA at Penn in 1906, Walton spends a year at Columbia and Union Theological Seminary. The following year, the Instruction Committee at George School offers him a position teaching English and Bible. At his father’s insistence, George spends an additional year studying Bible and Hebrew (supporting himself and his wife by teaching English at Penn) before taking the position in 1908.

Only four years after George starts teaching at the school, his father dies. There is no record of whether the George School Committee searches for Joseph’s replacement outside of the school’s faculty. Regardless, recorded campus gossip suggests that the two primary candidates are George A. Walton (then twenty-nine years old) and George H. Nutt (in his mid-forties and a faculty member since the school’s inception). The school settles on Walton after only a month. Historian Kingdon Swayne recounts a description of the announcement from his father’s diary: “The [George School] Committee chairman, William Bancroft, then age seventy-seven, rose to state that the committee had chosen George H. (long pause) Walton! The diarist may have been in the Nutt camp, for he commented on the cruelty of that misplaced initial.” 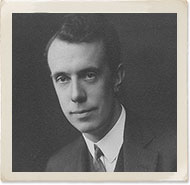 George Walton moves into Sunnybanke with his wife and five daughters in 1912. To assist him in overseeing administrative duties, he creates the Executive Council, a group of half a dozen administrators who meet twice a week to discuss a range of topics including disciplinary matters, curriculum and teacher development, admissions, college guidance, and hiring and firing. In the 1930s his Executive Council consists of Assistant Head William Eves, Dean E. Constance Allen, and athletic directors and dorm heads Grace Thwing and Stanley B. Sutton.

George is also active beyond campus. In addition to serving two terms as presiding clerk of Philadelphia Yearly Meeting (1926–28 and 1930–32), he is a leader in the Friends Council on Education, the Educational Records Bureau, and three associations of secondary school principals. His reputation in both Quaker and educational circles serves George School well. When the school needs to raise enrollment to balance the budget (as it does several times during his tenure), vacancies are filled easily.

Walton is the first head of school to devote significant time to fundraising, most likely because of the devastating effect of World War I and the subsequent inflation on George School’s endowment. Although his workload is lessened periodically to allow him more time for fundraising, the results are not particularly successful. Only two new buildings—Bancroft Hall and the power plant—are erected while he is head of school. The lack of endowment growth—though primarily the responsibility of the trustees of Philadelphia Yearly Meeting—is also a sign of the unhappy economic conditions. When George takes office, endowment income is $26,000, or 38 percent of the budget. When he retires in 1948, it is $23,000, or 4 percent of a much larger budget.

Nevertheless, George improves the school’s economic position by the end of his tenure. Due to the high incomes and taxes of World War II, capital giving becomes tax-wise, and the school raises sufficient funds to construct two new buildings shortly after his retirement—Hallowell Arts Center (1949) and the Alumni Gym (1951). Although a 1950s fundraising drive (co-directed by Walton) fails to raise the necessary $400,000 for a new auditorium, a decade later the school builds Walton Auditorium, dedicating it to father and son.

In addition to his role as fundraiser, George Walton takes two aspects of his position as head of school especially seriously. The first is school instructor in faith and morals, based on his commitment to a democratic way of life and his belief in the importance of recognizing “that of God” in every person. The second is counselor and disciplinarian to troubled students. In this role, he reminds one colleague of John Henry Newman’s definition of a gentleman: “tender toward the bashful, gentle toward the distant, and merciful toward the absurd.” One prank, described by historian Kingdon Swayne, illustrates Walton’s attitude as disciplinarian particularly well:

In the early 1920s a group of boys took a large quantity of grease from the kitchen and applied it to the railroad tracks at the George School station, so that when the 5:30 train from Philadelphia arrived it slid halfway to Newtown.

Walton knew the identities of at least some of the pranksters, and used his manipulative skills to assemble the entire group in his office. He began the meeting by going to the door, looking up and down the hallway, closing the door, and whispering, “Before we begin I want you to know that I think that was the funniest and cleverest prank pulled at this school.”

But, he went on, railroad officials have taken it very seriously, and we have to, also. So I am going to award each of you five demerits.

Next morning, one of the pranksters stopped by Mr. Walton’s office to say goodbye. He pointed out that ten demerits meant automatic expulsion, and he had already had five. Walton said, “Go out and round up all the other boys involved and we will reconvene yesterday’s meeting.” When the group assembled, Walton solemnly announced that he had reconsidered his decision of yesterday, and concluded that four demerits, not five, was clearly the appropriate punishment for that particular transgression.

George’s belief in democracy informs his disciplinary principles. Believing that “a successful democracy is one in which the exercise of authority is minimized because its people understand what is needed for the general welfare and discipline themselves accordingly,” he discourages faculty from implementing strict rules. He informs them, “our school spirit is a sham if good order is maintained by force or fear…. The stronger control we exert over the students will be expressed in our own leadership personalities, in the enthusiasm of our own intellectual interests, and in the sincerity and devotion of our spiritual lives.” The influence of his educational philosophy is still perceptible in the school’s present-day student handbook.

In 1948, after thirty-six years as head of school, George Walton retires. He had seen George School through two major wars and the worst depression on record. The student body had increased from 226 to 425 students, and he had led the school to create a cooperative work program (1942), allow football and social dancing (1920s), and accept its first black student (Cynthia May Crooks ’47). A revered leader and educator, his opinions on education, democracy, religion, and a variety of other subjects had played a critical role in George School’s development. The only person to serve as head of school before the age of forty, Walton is also the head with the longest tenure in the school’s history to date. Indeed, until the George School Committee decides on Richard McFeely as a worthy successor to George Walton, it seems as though his shoes might be impossible to fill.