Noises Off opened the George School theater season in November 2019. Michael Frayn’s hilarious comedy is set during the rehearsals, backstage during a performance, and then during a calamitous show. The play chronicles the hilarious escapades of a touring cast of a farcical fictitious play, Nothing On. Highlights from the show are available online.

“The play is a great physical comedy—it’s just a laugh. So much is happening,” said Katie Kendrick ’20 who played Brooke Ashton. “The actors became quite close during rehearsal. We were able to anticipate and support our fellow actors seamlessly.”

“Noises Off is really, really funny. It is about a play going wrong,” said Sidney Gibson ’20, who was the assistant stage manager. “One of my favorite parts of the play is the opening scene where the director starts yelling at the actors from the audience.”

“The script dictated the set design. We needed to have two levels as well as both the front and back of the set on a turntable,” explained Scott Crandall, Theater Design and Production teacher. “Our stagecraft students learned to build flats, platforms, and stairs. They framed walls and hung doors. There is a lot of door-slamming in the script, so we need to be sure everything would work well.”

The set design was brilliant and challenging and helped differentiate the actors on the stage with the actual people backstage, behind the scenes. “Every element of the design worked seamlessly with the timing of the actors,” said Mo West, Arts Department head and director. “Scott and his students did an amazing job. The set needed to work audibly and with mechanical precision. Even the placement of the eight doors was tested and adjusted as we worked through rehearsals.”

Watch highlights from the show. 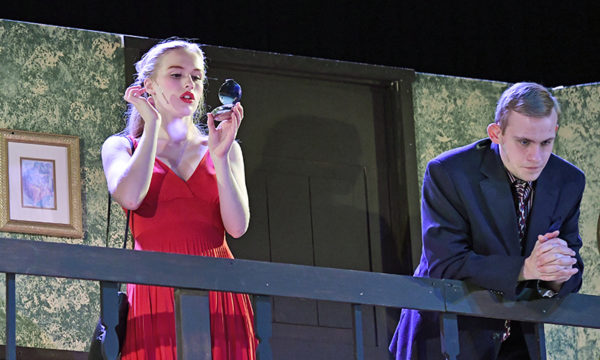 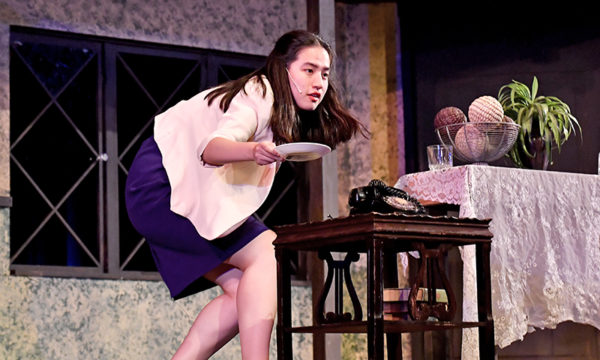 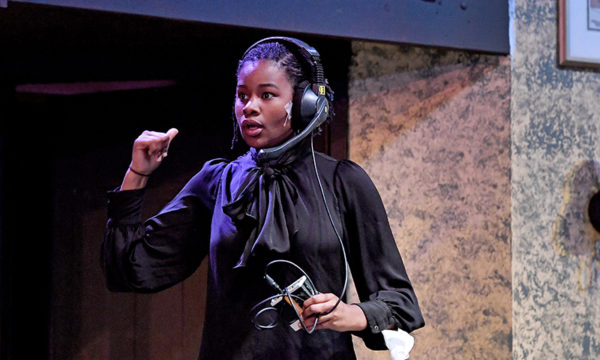 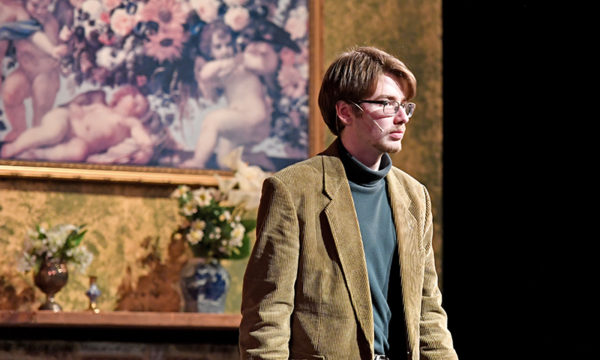 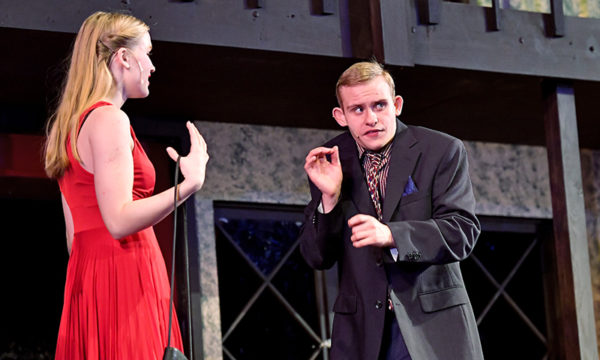 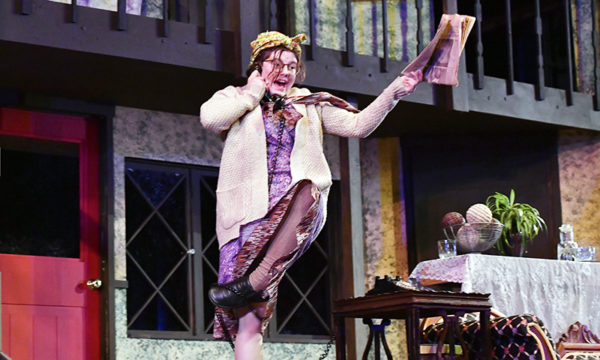 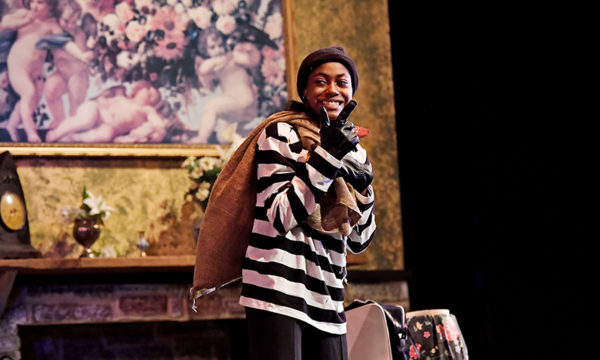 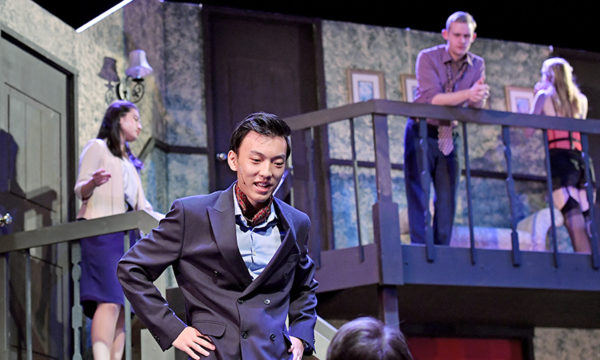 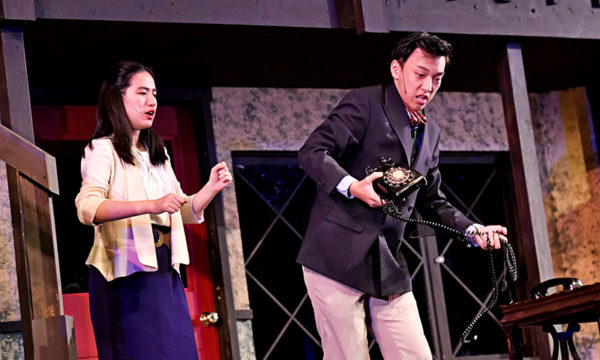 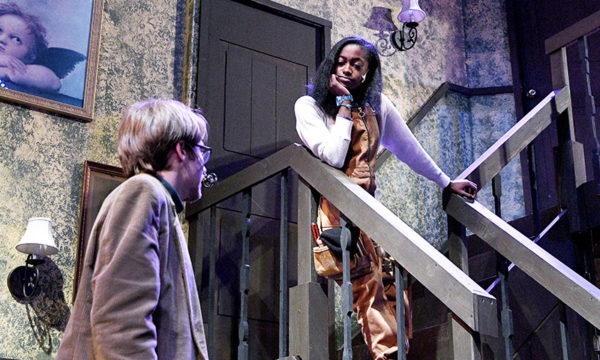 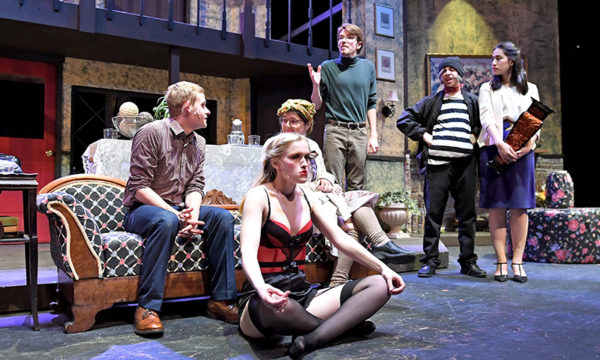 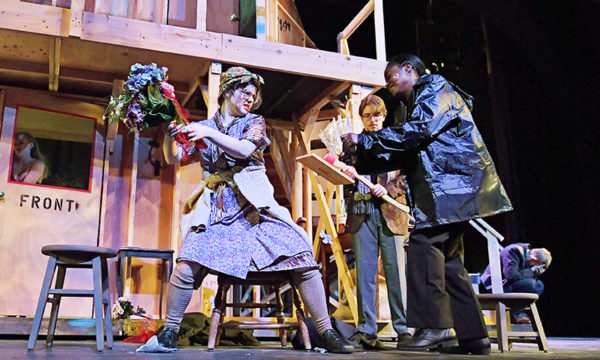 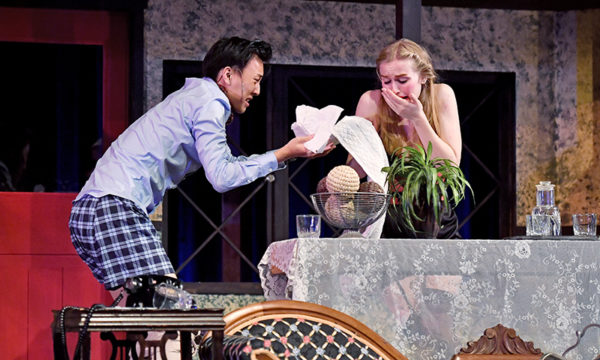 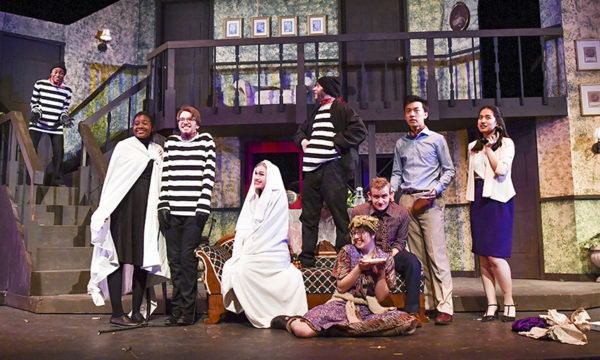 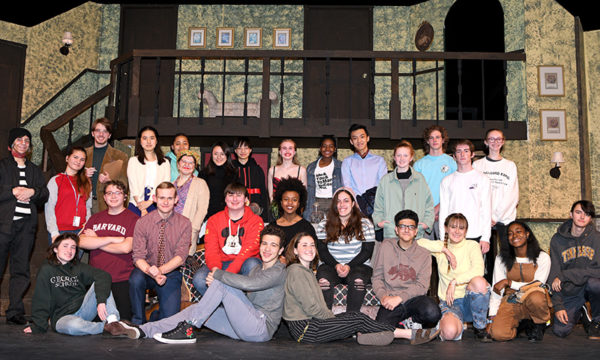