Award-winning musician Matt Check ’00 played songs and shared stories on Facebook Live for more than 800 George School students, alumni, and fans on Thursday, April 2, 2020. The concert was in honor of his 20th reunion and was a way for our community to join together in this time of social distancing.

Part of what makes George School so incredible is our amazing alumni and Matt is no exception. During the concert, Matt played songs that he and his brother, Jonathan Check ’02, had written while at George School and in college. Matt even shared some photos of his friends and bandmates that he developed himself in his photography class at George School.

Matt grew up in a musical house, listening to soundtracks from The Sound of Music and Fiddler on the Roof, to name a few. The brothers found their inspiration from listening to hours of Pearl Jam, Nirvana, and believe it or not–Queen! Matt and Jon found their love for Queen after their mom took them to see Wayne’s World. If you’ve seen it, you know the “Bohemian Rhapsody” scene.

While at George School, Matt learned to pick the banjo from his Geometry teacher, Bill Enos. Bill would play the banjo in class and at first, Matt didn’t like the sound. Soon after, Bill was teaching Matt how to play his now favorite instrument on the South Lawn.

“In the late 1990s, George School was a wonderful place to be yourself and be artistic.” Matt went on to talk about playing with his brother at George School and local venues, such as the Starbucks in Newtown.

The Check brothers wrote songs and performed together into their college years. Matt and Jon’s careers went separate ways after college but led them both to the state of New York. Matt and Jon still get together intermittently to play music. “I really wish that Jon and I could get together and do this again but the way the world works, there’s just not enough time.”

Along the way, Matt has been in a few different bands, including the Emmy nominated band, Gangstagrass. Today, Matt performs in a duo with Joanie Leeds. “We’re kind of cut from the same cloth. Joanie had a great voice and had a charisma that I really liked. I brought my banjo one time and we just connected right away.”

Joanie and Matt released their second album Sterling in 2019. To learn more about the duo, check out their website here. 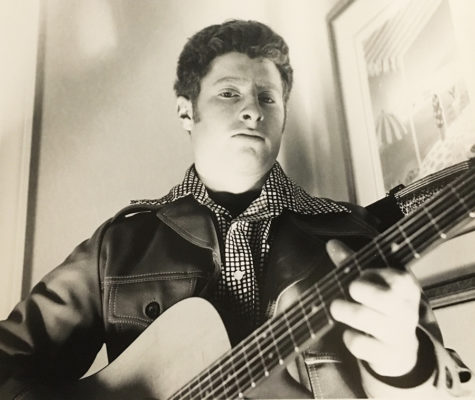 Matt and Jon's Friend Alec Gross '00. He is a singer-songwriter now based out of LA. He wrote "Highway," (the final track on Back Porch Songs.) 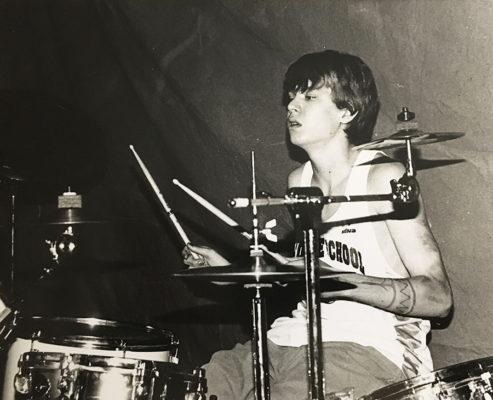 A photo of Andrew Kenower drumming in his GS Cross Country Jersey. This photo was taken in November 1998 at Jamnesty (a show in conjunction with some type of an event for Amnesty International.) According to Matt's records the photographer was a Roxanne Rodrigues. 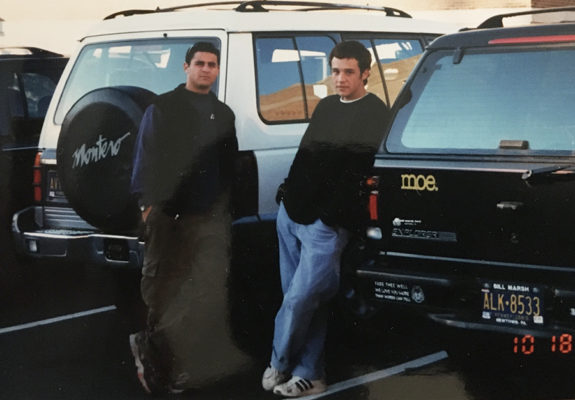 Marc Parish '00. The white car was his and the black one mine. The song "Pay The Toll" was about driving everywhere in high school. 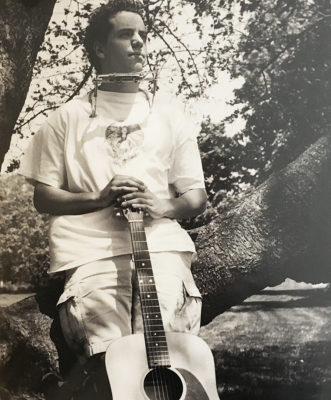 This is a picture of Ed Chiurco '01. This was part of Matt's senior photography project. Eddie wrote "Hello Full Moon" (the fourth track on Back Porch Songs). And if you listen to Insane Prophecies on the website, he's playing mandolin on the song Insane Prophecies. 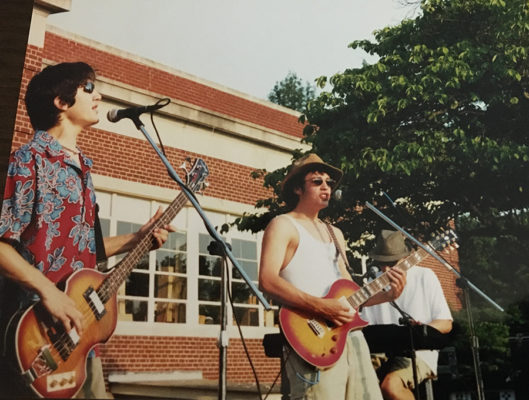 This is on South Lawn. It was Matt's final concert of High School. He still has the cassette tape of the recording. For some reason they had changed their band name to "Hijack The Chicken Truck." Playing piano is Ben Philips '01. 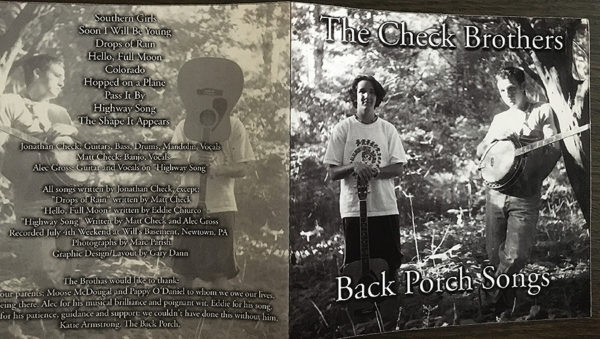 This is the jacket of Back Porch Songs. Check out the liner notes. Lots of fun facts! 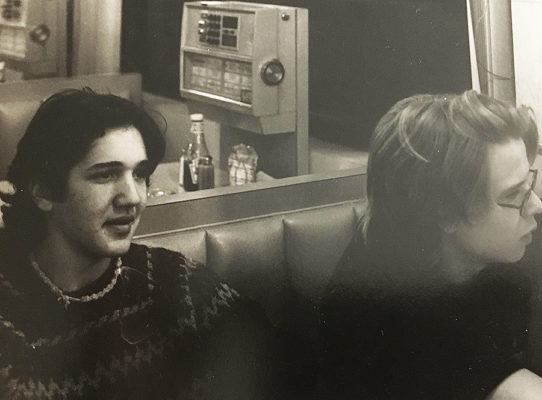 Jon and Andrew at the Blue Fountain Diner at some point in high school. 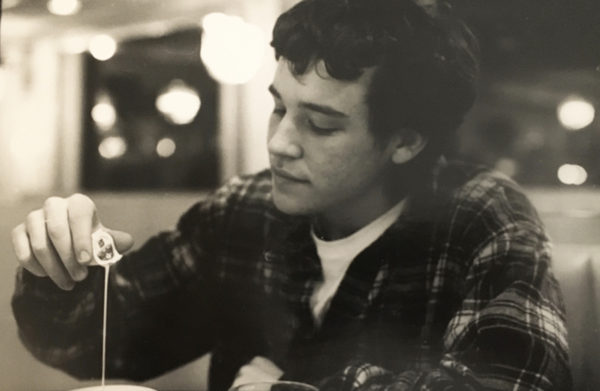 Matt at The Blue Fountain Diner in 1997, his sophomore year. They were always in diners in high school.
More News